Even though I am in the middle of the Magical Readathon, I am also anxiously waiting for Believathon to start next month!!! This Readathon is hosted by Gavin, and is all about reading Middle Grade books. So Obviously I am up for it. The Readathon runs from the 11th of May till the 24th, and following certain prompts you can read 2-5 books.

The Poachers Pocket Inn – First in a series

A series I absolutely adore and doesn’t get nearly enough recognition is The Huntress by Sarah Driver. The magic is mesmerizing, the characters are complex, the plot is intricate and dark. I have nothing but love for these books.

This one is a bit on the chunkier side, but you just Have to read Inkheart if you haven’t already. I read this series as a kid, and they are one of the very few books I still have in Dutch on my shelves. We follow a girl whose father can read things out of books, but when he does, something else disappears into it. A wonderfully magical read perfect for booklovers, and such a great series. The second book will pull your heart out and stamp on it.

Again, a book that is pure perfection and doesn’t get nearly enough love: Riverkeep by Martin Stewart. The Fobisher’s family tends the river, clearing it from weeds and corpses. Wulliam’s father is pulled under the water and is possessed by a dark spirit when he comes back up. It is up to Wull to travel with his father down the river to find a cure. It is an epic, magical and weird journey and he meets all kinds of people and creatures along the way.

The Wonderfalls – featuring a disability

It was way harder to come up with a book for this than it should have been. Are things just slipping my mind or have I really read that few books featuring a disability? But eventually I picked something: On the Edge of the Dark Sea of Darkness This book is well loved and reads like a classic. It follows three siblings in an epic war story. It is very well written and highly entertaining.

It is no secret that I have a massive weak for anything Sherlock Holmes… so of course I picked up a series on the Baker Street boys. The Case of the Captive Clairvoyant by Anthony Read is the second book in the series, but can easily be read on its own. And it is Perfect if you want something quick, seeing as it is only 160 pages long and has Massive font. Sherlock and Watson are out of town so it is up to the boys to take on Moriarty. What is not to love? 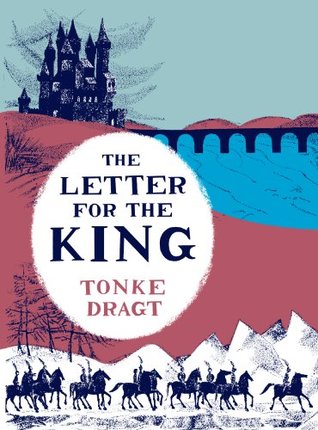 I had a few books in mind, but they were all published in 2001. And then Netflix brought us The Letter for the King, which was originally published in Dutch in 1962. I am always happy to spread the love for books of my country. We follow a 16yr old boy who is hoping to become a knight, when he is sent on a secret mission to deliver a letter on which the fate of the whole kingdom depends to the king (obviously) on the other side of the Great Mountains. And yes, 16yr old might indicate a YA read, but he does come across much younger. And the book has won several children’s prizes (including best children’s book of the last 50 years in 2004). So I say it definitely works.

Again a bigger book, but one you will race through. The School for Good and Evil takes the piss out of the traditional fairy tales stereotypes. It trains young boys and girls to either become a prins/princess or to become a villain. Two girls are taken to the school, but end up in the wrong class. Or so they think…

This pure is pure whimsy and magic and wit. It is very reminiscent of Alice in Wonderland, just a little bit less ridiculous. The writing is absolutely beautiful, the world is so imaginative and secretly quite dark. Just a pure joy.

I was going to recommend The Boy who Made the World Disappear, but I very recently posted a review for that. So instead I will give a shoutout to The Jamie Drake Equation. Jamie’s father is an astronaut, and Jamie misses him terribly. Then Jamie gets a weird message on his mobile from an alien species, and he somehow has to rescue his father before it is too late. The book is full of science and maths, but in a very accessible and fun way. It is scifi but it isn’t flashy, it also about a boy and his family.

The Glass Sentence is set in one of the most amazing worlds I have across so far. In the Great Disruption of 1799 all continents have been flung into different time periods. That is all you need to know really. Sophia comes from a family of explorers and cartologers. Eight years ago her parents went on an expedition and never returned. She lives with her uncle, but he is kidnapped. With the aid of her family’s maps she travels the oceans, fights pirates, and crosses all kinds of rough terrain. The worldbuilding is so rich, not only because of the original concept of the different ages, but also because the story involves a lot of politics, religion, different creatures, science… and lots of awesome maps. Just read it!

The Book-keeper’s Stronghold – Read a sequel

Most of the books I have mentioned here have sequels, so you can read one of those…

So those are my recommendations for the Believe in the Impossible Readathon. Now I just want to ignore my set TBR and reread all of these instead. Oeps….