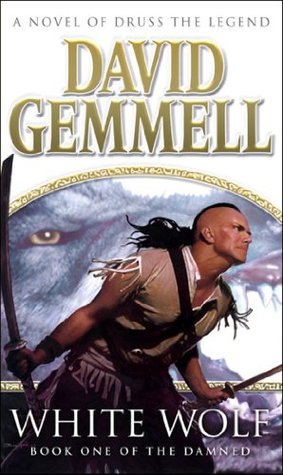 Skilgannon the Damned had vanished from the pages of history. Following the terrible triumph at Perapolis, the General had taken the legendary Swords of Night and Day and ridden from the lands of Naashan. No-one knew where he had gone, and the assassins sent by the Witch Queen could find no trace of his passing.

Three years later, as a mob intent on murder gathers outside a distant monastery, they are faced by a single unarmed priest. In a few terrifying seconds their world is changed for ever, and word spreads across the lands of the East.

Now he must travel across a perilous, demon-haunted realm seeking a mysterious temple, and the ageless goddess who rules it. With assassins on his trail, and an army of murderous foes ahead, the Damned sets off on a quest to bring the dead to life. But he does not travel alone.

The man beside him is Druss the Legend.

This book tells the story of Skilgannon as he tries to resurrect the woman who loves him, the woman he loves tries to kill him, all the while he sleeps around with the woman who hates him, just because he can. Oh, and there are whores… lots of them.

This is the first Gemmell book I read, and damn it was boring. If it wasn’t for the fact that I read this together with my fiancé, I may have given up on it. The writing itself is quite good, but the way the story was told really didn’t work for me. More than half of the book consisted of flashbacks, many of which didn’t add to the story. This dragged the the pacing down so much, that 300 pages in still nothing had happened. Everything leads to this ‘epic’ battle, which is fought out in maybe 30 pages, halfway of which new characters are still being introduced. Certain characters die in the end, but the description of that event doesn’t go much further than ‘two people approached him, and he died’. I cannot help but feel that a lot of memmories and flashbacks could have been skipped or shortened, leaving Gemmell with enough space in the end to actually set down an epic battle and a satisfying ending. As it is now, none of the questions raised in the book are answered.

The world was also very difficult for me to imagine. Judging by the cover, the main character is based on native Americans. However, many settings remind more of a standard sword and sorcery, with castles etc. Yet one of the characters can tell us exactly how far the moon and the stars are, though science doesn’t seem to be that well developed.

A few positive notes on the book… the women were, apart from sluts, strong and they kick ass. I highly enjoyed the character of Druss the Legend. I would therefore still be interested in reading the books in which he is the main character. I am not in a massive hurry to do so though.

Like I wrote, I read this book together with my fiancé. Click here to read his review. He has read Gemmell before, and gave it a 3* rating.